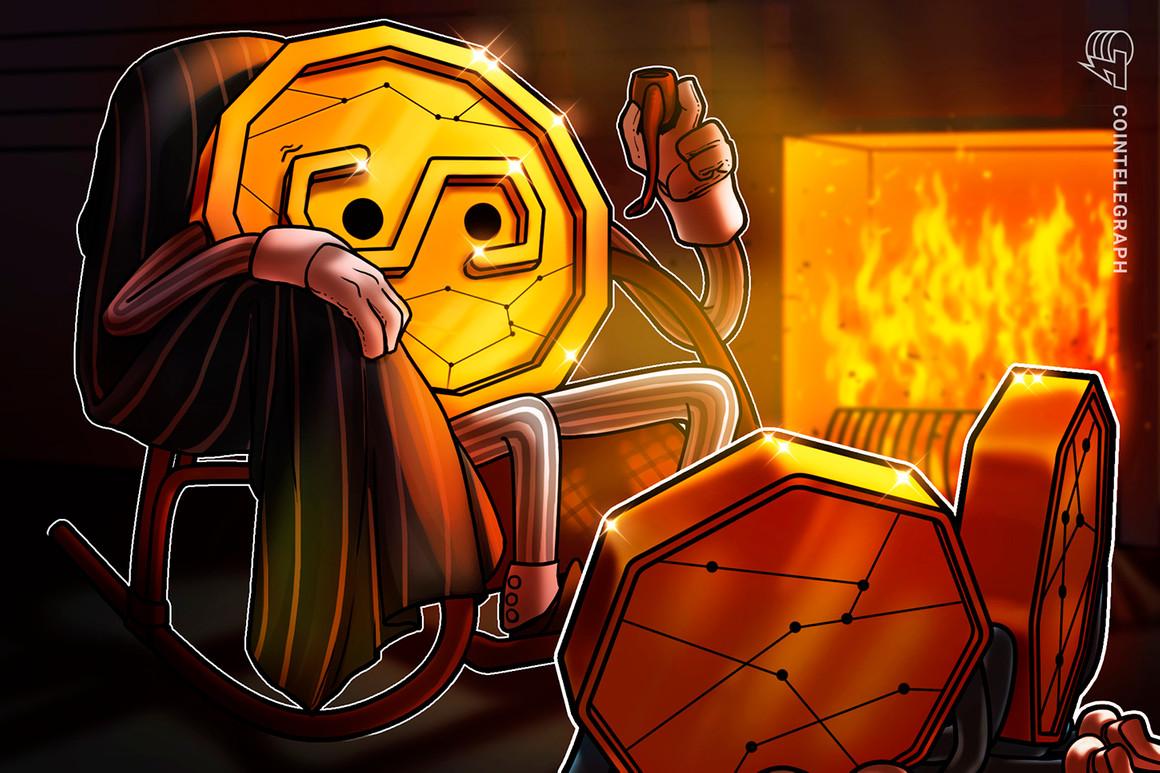 The cryptoverse has been overrun with negative events lately. One of the most recent ones was the Iron Finance bank run that occurred on June 16. Iron Finance is a multi-chain, partially collateralized stablecoin protocol with the main goal of providing a dollar-pegged stablecoin to be used for DeFi applications. It was the first large-scale bank run in the cryptocurrency market.

TITAN is the internal collateral token for the stablecoin, IRON, and it was at the forefront of this bank run along with IRON. TITAN is distributed to liquidity providers (LPs) for staking in various liquidity pools. LPs earn profits on transactions and enabling liquidity so that other investors can purchase the TITAN token.

As Cuban revealed in his blog on yield farming, liquidity providing and valuing crypto projects, he was one of these LPs for the protocol. He staked his TITAN tokens on the QuickSwap exchange, providing the TITAN/DAI trading pair on the platform. This entails that Cuban pockets 100% of the transaction profits when investors buy TITAN with Dai.

The bank run, which caused losses worth nearly $2 billion to investors including Cuban, happened due to the price of the TITAN token. It jumped from trading at around the $10 mark on June 9 to hit an all-time high of $64.19 on June 16. This high prompted some whales to take the opportunity to sell their tokens, which ultimately led to a panic sell initiating a domino effect as the partial collateralization of the coin came further into the limelight.

The market was then flooded with TITAN tokens, which led to the price of the token dropping down to nearly $0 resulting in a total loss of $2 billion. Since the IRON stablecoin is collateralized with TITAN on the Polygon network, its soft peg to the U.S. dollar was also impacted. The value of the token fell nearly 30% almost immediately to trade in the $0.7 range. Scott Melker, a crypto trader and analyst, told Cointelegraph:

“Iron Finance was climbing the popularity ranks among yield farmers. LunarCRUSH had the token ranked No. 9 in popularity and other social listening platforms had it in the top 10. A few major sellers’ actions revealed that Iron Finance was only partly collateralized. A massive bank run collapsed the system, effectively killing the entire network.”

Algorithmic stablecoins like IRON are often very difficult to design and sustain, both economically and technically. Michael Gasiorek, head of growth at TrustToken — the creators of TrueUSD, a USD-pegged stablecoin — told Cointelegraph why despite some concern, this wasn’t a rug pull:

“Iron Finance wasn’t a ‘rug pull,’ per se — the losses weren’t due to obvious malice or theft, but simply ineffective tokenomics and smart contract design that were predictable by those who had the technical skill and took the time to study the project design.”

Although Iron Finance had announced that the redemption of USDC for IRON is now resumed on the protocol again, the price of IRON hasn’t rebounded yet to its original $1 value, thus entailing that any redemptions made would be at a loss to the investors and liquidity providers alike. The company released a post mortem report analyzing the bank run. In the report, it was mentioned that an IRON stablecoin v2 will be launched at a later date.

Cuban calls for regulation, but does it stifle innovation?

Since Cuban was the most high-profile investor affected by this bank run and was the sole provider of liquidity for the TITAN/DAI trading pair, his opinion has been much sought after in the financial markets.

In the aftermath of the public fiasco, Cuban has called for regulation to “define what a stable coin is and what collateralization is acceptable.” However, Gasiorek has a contrary opinion on this while stressing the importance of thorough detailed research, he opined:

“Regulation is an important component of a mature investment sector, but [it] can stifle innovation in young and growing markets, like crypto. If you want to prevent losses, deeply understand what you’re investing in, remain especially skeptical when earning returns in the 1,000s of percent, and accept the enormous risk associated with such a premium. And maybe don’t yell for regulators if the risk catches up with you.”

Gregory Klumov, CEO and founder of Stasis — the company behind the largest euro stablecoin — added, “Any coercive regulation is likely to reduce the rate of innovation and attractiveness to a global clientele. Self-regulation and gradual development are more attracted by the decentralized nature of this area.”

Since stablecoins are often used by crypto investors and liquidity providers alike while transiting between positions in some cryptocurrencies and avoiding the liquidity of others, they are widely used in the cryptoverse. In fact, the market capitalization of all the major stablecoins has grown four times this year from nearly $25 billion to over $100 billion as it stands today.

Pointing to the enormous potential of decentralized finance (DeFi) to increase financial inclusion for the unbanked, Paolo Ardonio, chief technology officer of Tether — the company behind the USDT stablecoin — added in a conversation with Cointelegraph: “All stablecoins are not created equal. In some projects, there is a risk that everything goes to zero.”

Could self-regulation be the way forward?

This is not the first time a stablecoin protocol has come under the microscope. Last year, Tether was the center of attention when a lawsuit was filed against the company and Bitfinex by the New York Attorney General for alleged illegal activities and market manipulation based on reserves. After a long litigation process that lasted until February this year, the Office of the New York Attorney General settled with Tether, which paid an $18.5-million fine and agreed to submit reports of its reserves.

Despite this, USDT has nearly tripled its market capitalization this year from $21 billion to around $63 billion at the time of writing. Melker further stated how Tether served as an example of a crypto company having to fend off fear, uncertainty and doubt (FUD) created in the market as an aftermath of the settlement: “Regulatory agencies with bad intentions are searching for any dirt they can find in the crypto space, and Tether is a great place for them to start due to its popularity and controversial history.”

Related: Hashing out a future: Is Bitcoin hash rate drop an opportunity in disguise?

Such stablecoin incidents could often be an indication of a greater need for a central bank digital currency (CBDC) from an economy like the United States. However, a representative of the Bank of England, the central bank of the United Kingdom, has opined against the hype of stablecoins bringing in a “brave new world,” saying that regulators should not treat these coins differently only because they are packaged in “shiny technology.”

However, Gasiorek further opined on the risks of stablecoins being applicable to CBDCs as well: “No technology is free from abuse, and even CBDCs are unlikely to singlehandedly solve fraud or financing of suspected groups. We believe CBDCs have a role to play alongside privately developed digital assets.”

As the race for the first global CBDC intensifies and the prominence of stablecoins keeps rising in the crypto market, regulators could have a crucial role to play in the path ahead due to the enormous impact of CBDCs on the stablecoin market. Melker further spoke on the nature of this interaction between the two:

“CBDCs are inevitable because complete control of the money supply is a central banker’s dream — not because of a failure of stablecoins. The world is moving digital and money is not immune. This will drive more adoption of Bitcoin and other cryptocurrencies as people realize that they are giving up their privacy and freedom with a digital dollar.”